Laura Joy is Head of Education at the Roche Court Educational Trust. As a qualified teacher and artist-educator she has devised and delivered high quality arts education programmes for over two decades, including with the National Trust, the British Library, and Arts University Bournemouth.

Her BA in Fine Art and Art History at University of the Arts London led Laura to an understanding of the impact that contemporary art can have on individuals and the valuable part it can play in building strong, diverse communities. Her aim ever since has been to facilitate exciting projects and learning experiences that help to develop qualities such as resilience, confidence and independence.

Laura completed an MA in Fine Art Printmaking and, alongside her work at Roche Court, she makes prints, artist’s books and zines, with a special interest in objects and their connection to memory.

Julieann Worrall Hood is Creative Education Consultant to the Roche Court Educational Trust. An artist educator with over twenty years experience of devising and leading projects in schools, museums, communities, theatres and art galleries, before joining the team at Roche Court, Julieann was a lecturer and subject leader on the Contemporary Arts Practice degree course at Bath Spa University. Creative, interdisciplinary and multi-sensory engagement with the arts can develop critical thinking and enquiry, problem solving, intellectual curiosity and self esteem and Julieann’s mission is to continue to find and create opportunities for all to take part in wonderful moments of shifted perception, insight and enjoyment of modern and contemporary art.

Josepha Sanna joined the Roche Court Educational Trust in 2014. As ARTiculation Project Manager, she is able to share her fervour for art with the next generation of art historians, and help dissipate the myths and preconceptions gathered around public speaking. Josepha studied Fine Art at the Arts University Bournemouth, specialising in sculpture, so is happy to be surrounded by the New Art Centre’s grounds and contents. She continued her education at the Courtauld Institute of Art, before gaining an MA in History of Art from the University of Sussex in 2016, alongside working as freelance artist liaison and co-ordinator for a variety of international projects.

Timothy Revell is Outreach and Alumni Manager for ARTiculation, having joined in 2018 after completing an MSt at the University of Oxford as the John Bamborough Msc Scholar in the Humanities, Linacre College in the History of Art and Visual Culture, writing on Peter Paul Rubens. Tim also studied at the Queen’s University, Kingston, Ontario where he was the Medal Winner in Art History. In 2015-16, Tim was a Baden-Württemberg Scholar at the Universität Heidelberg in Germany, where he worked on the international project Women Cross Media that was exhibited at the State Collections of Dresden in 2017.

An ardent athlete and sportsman, Tim played ice hockey around the world and eventually co-founded a 3-on-3 youth hockey programme, and also played on the Squad for the Oxford University Polo Club, travelling all over the UK, Europe and America to represent the University.  Tim’s interests in the arts extends a broad spectrum, including an encyclopaedic knowledge of early-twentieth century film, but he is also avidly passionate about getting young people involved in the arts, visual culture and the stimulation of life manifested in the material world. 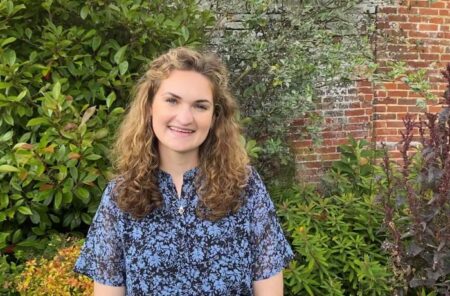 Bella Gorman is our Education Administrator, having joined the Roche Court Educational Trust in 2021 after first visiting the team for work experience in 2019.  Bella studied History of Art at Newnham College, Cambridge before completing her MA at the Courtauld Institute, specialising in abstract expressionism. She has a keen passion for education and has worked as a Teaching Assistant and Ski Instructor at the Southampton Alpine Centre. With the school curriculum becoming increasingly focused on science and maths, it is Bella’s mission to encourage children to use modern and contemporary sculpture as a means of thinking creatively, deeply and intuitively.